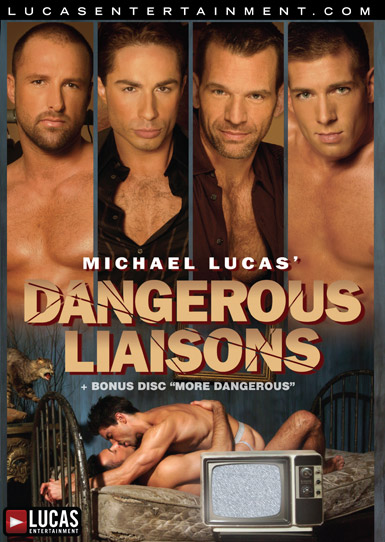 Scene Three: Valentine Moore (Gus Mattox) sets up a photo shoot with Sebastian Lacroix (Knight). He uses another hot model (Lucas Entertainment exclusive J.) to seduce his prey and soon the shoot turns into a torrid fuck-fest. Moore and Lacriox take turns working J.â€™s taut butt when theyâ€™re not busy kissing, sucking, or fucking each other. Lacriox is ridden with guilt as Moore snaps his final frame.

Scene Four: Marcus Von Halpern (Michael Lucas) meets with his ex-loverâ€™s assistant Matt Cody (Owen Hawk) to get the dirt on his former boyfriendâ€¦ and to get his rocks off. Cody wraps his mouth around Halpernâ€™s hefty member before Halpern flips him over, rips his jeans off (literally), and chows down on Codyâ€™s tight ass. Then Halpern tops Cody in all positions imaginable.

Scene Five: Bobby, Halpernâ€™s live-in boyfriend (Lucas Entertainment exclusive Bruce Beckham), discovers that Halpern has been cheating on him. To get back at him he seduces Valentine Moore (Gus Mattox). Moore happily obliges, after Halpern refuses to pay back his debt. The two bang to an explosive sploogefest.

Closing: This final scene involves one of the most ambitious productions in gay adult entertainment and also all of Manhattanâ€™s downtown glitterati appearing in witty cameos as themselves. Everyone who is anyone is out on the town for the opening night of Mooreâ€™s new gallery exhibit. But Moore has one more surprise for his audience. This mind-twisting ending leads to the murder of one of main characters, and is sure to leave you breathless (for so many reasons). You must see it to believe it.